FLA deep cycle batteries need to be worked. Worked on discharge and worked on the recharge. At least that's what I believed learned over time. That, to me, is the Rx for people who get a bunch of years of service and tout longevity. I could not duplicate that practice, at least on discharge and barely on recharge. That is a big reason I changed technologies on the next battery replacement.

Beating your head against the wall....

Yea the problem is that the newer techs like lithium iron phosphate and such are indeed very powerful but they have a pile of problems. In cars they don't last nearly as long as they should and end up with tons of trash batteries. Luckily alot of people use good sections out of electric car batteries in off grid systems so it's not a complete waste.

Second thing is if that style of battery fails and it's in your garage or basement you are losing your house. It is so violent and explosive that you basically sit back and do your best to keep the flames down until the bank has finished exploding. I've talked to fire fighters and they are terrified of thoes style banks
It actually sparked a regulation that in Canada somthing got passed but basically the entire country is trying to have reversed. Essentially batteries cannot be in a house or a structure attached to a house, of any kind and battery based systems require a special inspector to reach required code levels, a non standard code level of inspection.
Basically this came out a few weeks ago and seems to me like a blanket rule that needs to be refined but currently battery based systems cannot pass code if they are in a house or attached to a house in canada.

Lastly the technology for the newest batteries is very good but the manufacturing and mining process is so bad and unrefined that it's actually more pollution to buy and use an electric car than a gas one.

On the flip side the overall function of an electric car is fantastic, it's the batteries and the source of the power that leaves it being so dirty.

So until things get smoothed out a bit I will remain with lead acid and obviously not inspected either.

Note: I just remembered it was batteries had to be outside in a battery box, cannot be in any buildings at all. It's super ridiculous but hopefully gets reversed
Top

I think you might be confusing LiFePo4 with other lithium ion technologies like the various lithium cobalt formulations.

The latter do indeed need extra handling to avoid thermal runaway and fire. LiFePo4 is inherently thermal-stable and has none of the problems mentioned.

LiFePo4 isn't as energy dense as lithium cobalt, so hasn't (until now) seen much usage in vehicles. That's changing rapidly. I guess Tesla is finding immolating up their vehicle owners is tough on repeat business.

When LiFePo4 recycling techniques get perfected, it will rival lead acid for reuse, and won't spew toxic lead into areas where recycling takes place. Have you ever seen a 3rd world lead recycling operation? I have.

Making glib (and wholly unsupported) statements about lithium battery mining being a greater source of pollution than the cradle-to-grave pollution of an ICE vehicle, is simply... hyperbole. That being said, all mineral extraction is toxic. I challenge anyone to prove otherwise. Among the worst in modern times is Canada's oil shale operations, but lithium mining is right up there.
Last edited by raysun on Wed Nov 17, 2021 6:27 pm, edited 1 time in total.
Top

I've had several people rail on me for installing my SimpliPHIs in the house. Oh No! Your house is a goner and you will start a forest fire. You will die from toxic fumes! 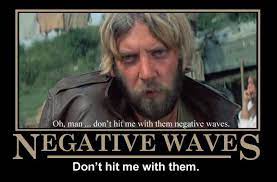 BTW, if you've ever looked into it, Donald Sutherland kind of created a cult following in Kelly's Heros. He was never a favorite actor of mine but the back story in the movie is a hoot. It was way back before Feng Shuai but his role nailed it. He latched on to the role and played it well. One of my favorites is the wine and cheese while the tank was being repaired.

Another BTW, we have so many things for which to be thankful. May we just laugh over Kelly's Heros. While you do what ever you do on this holiday I hope you can find a way to be thankful. Laugh at the crazy stuff and a solemn moment for the serious stuff.
Top

JRHill wrote: ↑Wed Nov 17, 2021 4:21 pm I've had several people rail on me for installing my SimpliPHIs in the house. Oh No! Your house is a goner and you will start a forest fire. You will die from toxic fumes!

The batteries generally don't just suddenly fail it's the fact that if they do you basically have a box of grenades. Toxic fumes? Well that's a easy fix, if your battery bank catches fire don't stand in the room with it
Top

JRHill wrote: ↑Wed Nov 17, 2021 4:21 pm I've had several people rail on me for installing my SimpliPHIs in the house. Oh No! Your house is a goner and you will start a forest fire. You will die from toxic fumes!

The batteries generally don't just suddenly fail it's the fact that if they do you basically have a box of grenades. Toxic fumes? Well that's a easy fix, if your battery bank catches fire don't stand in the room with it

Or if the battery is flooded lead acid, don't stand in the room with it when its operating normally, not to mention when it explodes. 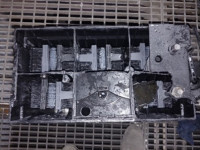 Or if the battery is flooded lead acid, don't stand in the room with it when its operating normally, not to mention when it explodes.

Nice pun on the exploded view thing lol. But still a pile of grenades or a bucket of acid.... one is a bit worse. Now generally I'm guess 99% of thermal run away in lithium ion is due to improper installation or protection. Also your probably correct about the battery type I just know one of the main lithium types is very bad in the sense of pollution.

The lead acid battery in my boat went all exploded view lol it's an interesting sight.

I think we can agree to avoid rooms whare things explode regardless of the type.
Top

Technically a pile of grenades is the same thing, pretty safe unless it goes critical....
Top

The question is not "sulfation". The question is: are the batteries ill? Do they not hold a charge? Do they not supply a load. If they appear to function normally, then I would maintain a plan of care. That plan would be meeting manufacturer's specs for rate of charge, absorb, float and equalization charges. I would not overcharge. I would work them 20-30 percent almost every day. I would equalize them every 2-4 weeks for 2-3 hours. Maybe more hours in the beginning of the plan. I would make certain distilled water is used to keep at level every 21-30 days.
I would use my hydrometer to check the specific gravity of as many cells as I can when batteries are fully charged and not under a large load. I would listen for the sounds of the electrolyte boiling when absorb charging. I would use my hydrometer or a rubber bulb battery filler to mix up the electrolyte in each cell. Draw it off from the bottom, squirt it back in, Squirt in some air, then draw off the liquid from bottom of the cell, rinse and repeat a couple of times. The electrolyte should be clear. But it may be cloudy and grey. But you won't know until you mix and stir up all the cells with the filler bulb unit. Cloudy grey can be reversed with a good program of care if your batteries are functioning fine. If after say 4-6 months of good treatment the cells are still grey fluid and they don't seem to be working properly then I have no further advice except to go shopping.
Top
Post Reply
59 posts